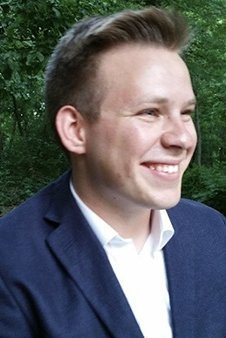 Emerson Slicer is a recent graduate of The Ohio State University with a Bachelors in Music Education from the School of Music. Studying piano with Dave Powers and Caroline Hong, Emerson has performed many styles of music ranging from classical all the way to modern pop music throughout Ohio on many professional levels such as theater companies, bands, choirs, and solo voice and instrumental artists.

Emerson has been a lifelong musician who has been expanding his repertoire and performance
experience across the musical spectrum for 19 years. He has also been hired as a composer, arranger, and conductor on multiple occasions around the Central Ohio area. In college, Emerson was the Vice-President of Musicianship for the 80 pieces choir of the Men’s Glee Club at Ohio State as well as the Music Director and Conductor of the Buckeye Philharmonic Orchestra which is a 70 piece student-run orchestra that exists for all students of the University.

Emerson is very excited to join the RED School of Music family and continue the precedent of great educators that it has gained.