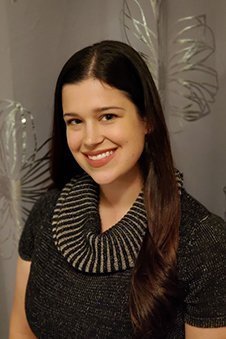 Kimberly Cornelius holds a Bachelor’s of Music with a concentration in Vocal Performance from Bluffton University. There, she was able to perform with Bluffton’s elite choir touring the country and even traveled to Paraguay, South America.

She enjoys performing and teaching a variety of music from opera to contemporary worship music. Kim has performed previously in many musicals including Guys and Dolls, the 25th Annual Putnam County Spelling Bee and Songs for a New World. Her favorite role was playing ‘Jo’ in Little Women.

Kim and her husband Chris moved to Marysville in 2013. Since then, their home and hearts have grown by welcoming two precious children.

Kim is currently not taking students. Check out our open spots with our other talented teachers here.