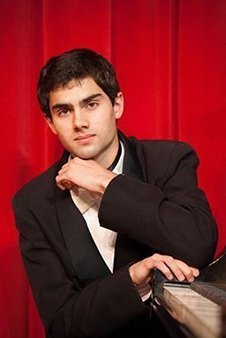 Originally from Gallipolis, Ohio, Taae Hamid is a sophomore piano major within the Honors Tutorial College and School of Music at Ohio University where he is a student of Dr. Christopher Fisher.

During the summer of 2019, Taae studied at the Brevard Summer Music Institute and Festival in North Carolina. Taae’s former piano instructors include Teodora Owen, Cheryl Jarvis, and Allen Strait. He frequently collaborates with many musicians throughout his community, and has also had the privilege of attending nearly ten masterclasses hosted by notable artists including Fei-Fei Dong, Thomas Pandolfi, and Cilcilia Yudha.

Taae frequently plays in different churches, and has also accompanied the string and vocal students at his local theater. His primary interests besides piano include stargazing, reading, and running. Taae is pursuing the Bachelor of Arts in Music degree.