Select an open schedule with one of our talented teachers below! 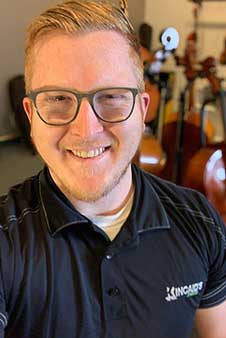 During his time at Ohio State, he performed with the Marching Band, Wind Symphony, Symphony Orchestra, Pit Orchestra, and Symphonic Band.

Register and request for a schedule to be waitlisted. We will contact you as soon as we find a teacher for you!

Spots are limited and we cannot guarantee that our teachers will be available this way but you may waitlist.